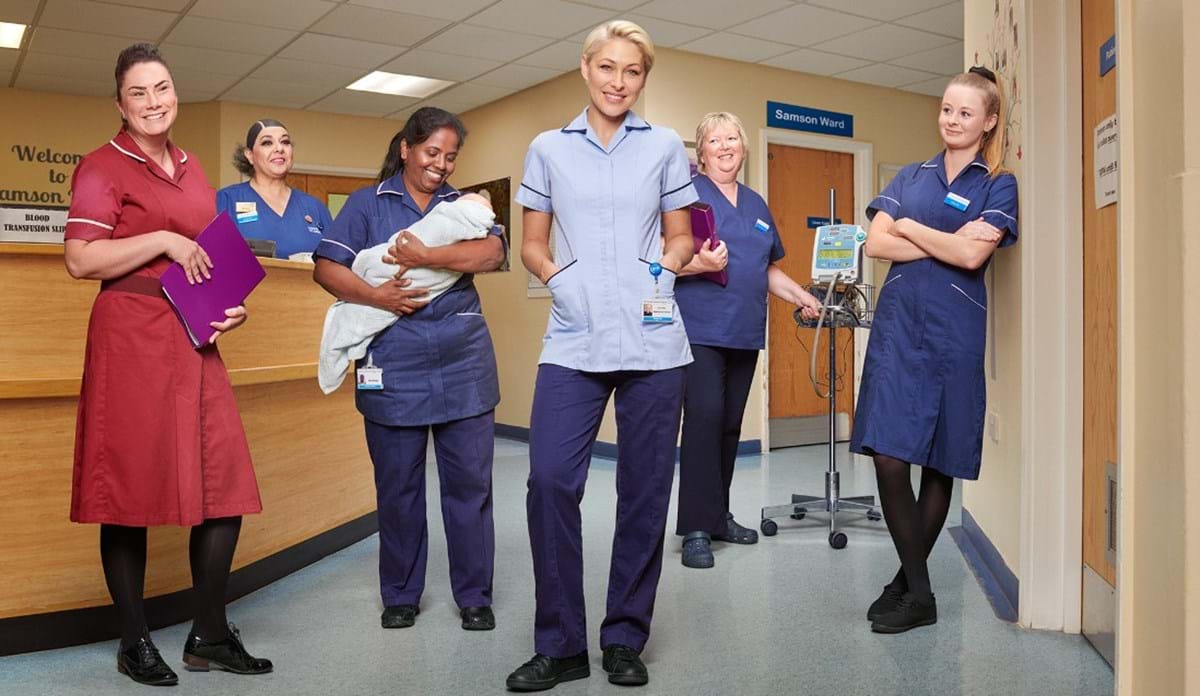 Now, in a brand new eight-part documentary series for W, she’s been given the chance to return to the Princess Alexandra Hospital in Harlow, Essex to complete her training.

If she passes this next stage, Emma will become a fully-qualified Maternity Care Assistant who can work in any hospital in the country.

Over the course of 16 weeks she will immerse herself in the role, supporting the hospital’s charismatic midwife team.  She will learn, once again, that no two births are the same and that every mother and a father-to-be has their own remarkable story to tell.

As Emma’s training and development progresses, she’ll be asked to become more independent. She’ll be the only MCA in theatre during caesarean sections, she’ll need to take blood on her own and be comfortable assisting in emergency situations.