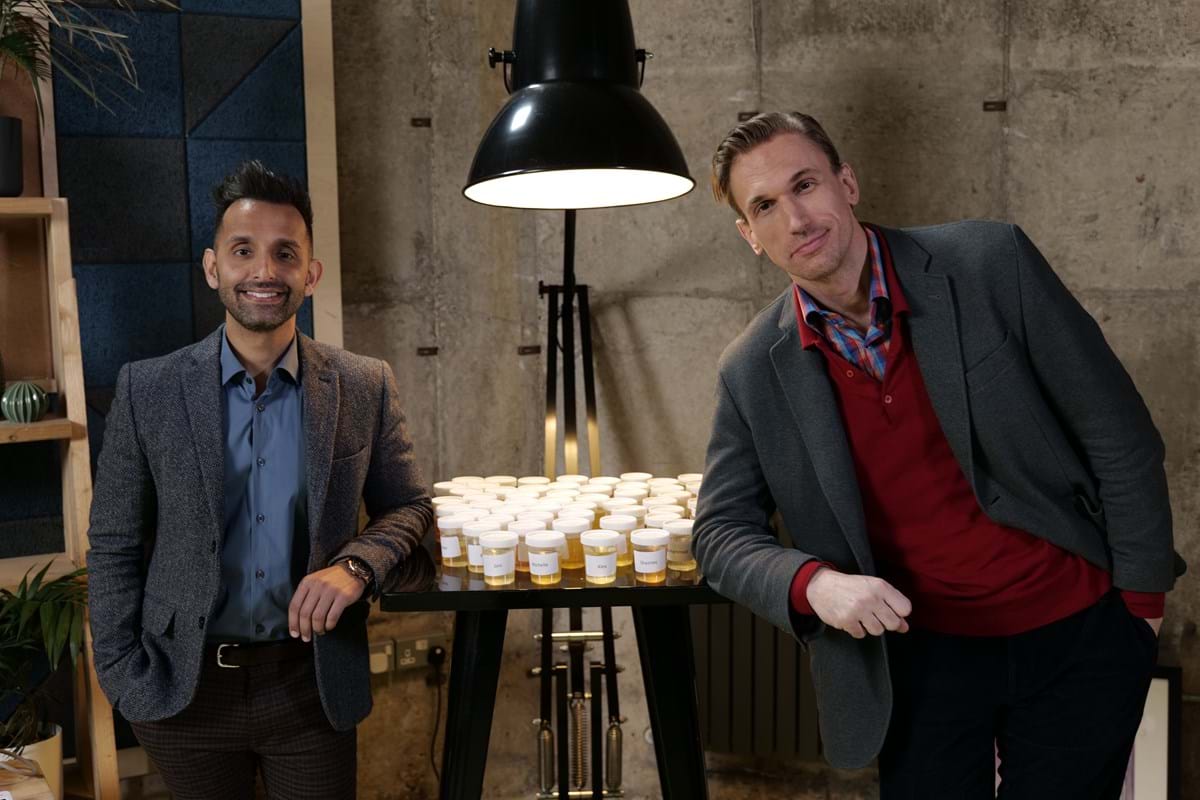 We've all stood over the toilet and wondered what the strange colours and smells are trying to tell us. Well now we know the answers, because urine is liquid gold when it comes to diagnostics.

One small sample of our pee can give doctors an insight into the state of our health.

In this 90 minute special, presented by Dr Christian Jessen and Dr Amir Khan, we'll be testing the health of the nation by testing their pee!

The programme teams up with Aberystwyth University, where leading scientists are continually developing markers to identify anything from pollution to specifics in our diet (like curry and burgers), all from one sample of urine.  This will be a health check up on a national scale.